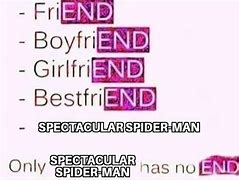 Sony and AMC have partnered together to bring “Spider-Man” fans with a great gift: an NFT, or a non-fungible token based off of the latest installation of the “Spider-Man” franchise, “No Way Home.”

The movie is set to arrive on December 16, and lucky movie-goers can get their own free NFT very easily, provided they are fast.

How to Get ‘Spider-Man: No Way Home’ NFT

According to a report by CNBC, both Sony and AMC will give away a total of 86,000 “Spider-Man: No Way Home” NFTs the theater giant’s AMC Stubs A-List, AMC Stubs Premiere, and AMC Investor Connect members who are able to pre-order tickets for the December 16 release of the latest MCU film.

The tickets for the superhero movie are available starting today, November 29, so members can start getting theirs and get one of the more than 100 designs that are available.

As per AMC via CNBC, the designs are created in partnership with Cub Studios

Fans who qualify for the “Spider-Man” NFT will receive an email on how they can redeem the said NFTs on December 22.

Furthermore, the tokens must be redeemed before March 1, 2022.

The Next Era of MCU

After delays, the next phase and ear of the Marvel Cinematic Universe (MCU) is finally going as planned, thanks to the release of movies like “Shang-Chi and the Legend of the Ten Rings,” as well as “Eternals,” alongside Disney+ series that are connected to the main movies.

Nevertheless, Marvel fans are most likely more excited about “Spider-Man: No Way Home,” which stars Tom Holland reprising his role as the resident friendly neighborhood superhero, as well as Benedict Cumberbatch, aka Doctor Strange and the holder of the Time stone.

The film would center around Holland and Cumberbatch trying to fix a mishap that breaks open the multiverse, bringing in villains from other universes that Spider-Man has faced.

Fans are excited as familiar faces return, such as Alfred Molina, who is back to play the role of Otto Octavius, who is also known as Doctor Octopus.

Molina played the same character from the 2004 film “Spider-Man 2,” which starred the then-Spider-Man, Tobey McGuire.

Besides Molian, Willem Defoe will also return to reprise his role as the iconic Green Goblin, Jamie Foxx as Electro, Thomas Haden Church as Sandman, and Rhys Ifans as Lizard.

It is also long-rumored that McGuire and Andrew Garfield will make appearances in “Spider-Man: No Way Home,” both of whom played the superhero in separate films in the past, but all that remains is speculation, and fans may be in for a huge surprise, or a huge heartbreak.

Robert Downey, Jr. will forever remain as Iron Man, who was at the helm of the MCU.

Now, “Avengers: Endgame” director Joe Russo has something to say about Tom Holland, saying that he is following RDJ’s footsteps.

In an interview with GQ, he said, “Tom is stepping into the role that Robert Downey once occupied for Marvel, which is the favorite character, and in a lot of ways the soul of the Marvel universe.”

What is nft in music industry

How to get nft wallet address

How to make vinyl fence posts into nft system

How to sell nft image

How to release album as nft